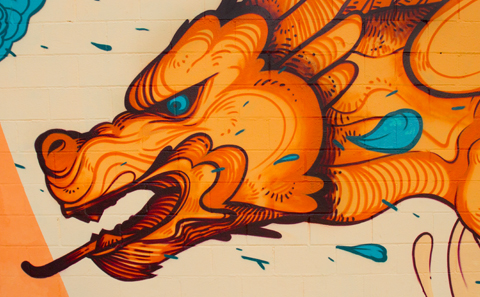 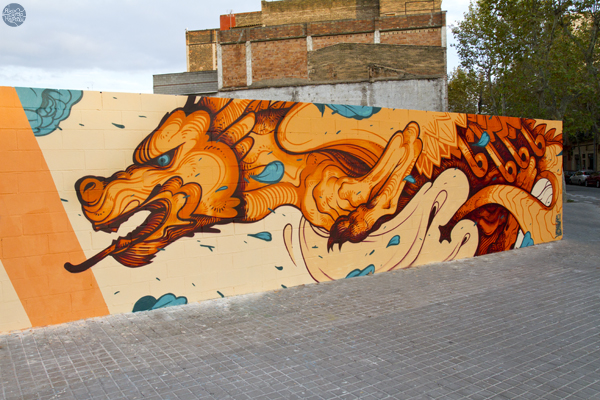 Seat has released his new car called Seat Arona that bases much of its identity on street art and music. To promote it, they invited the most important influencers in the European automotive sector to take a tour throughout the city of Barcleona. In one of those points of the tour I painted a 20×2.5m wall. 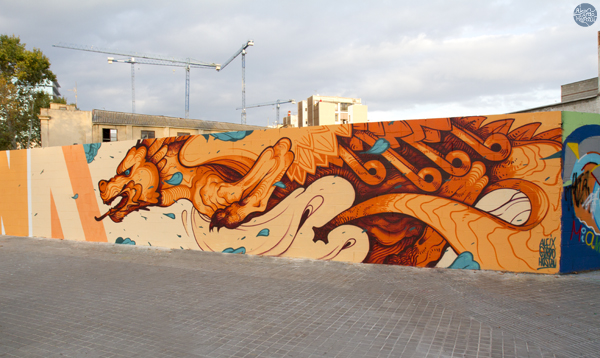 The mural is based on a dragon, one of the most characteristic emblems of the city. The design is inspired by several dragons (sculptures, gargoyles or architectural elements) scattered around different points of the city. 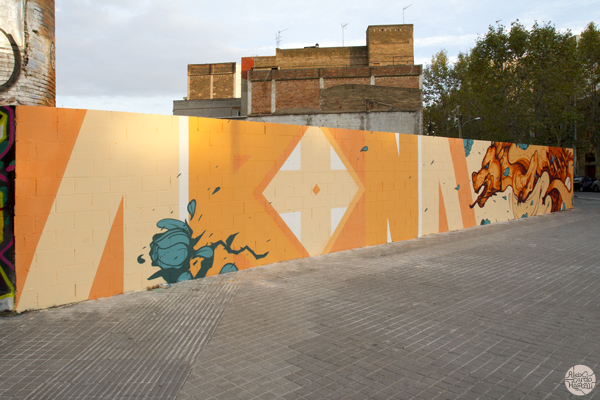 A couple of details of the mural: 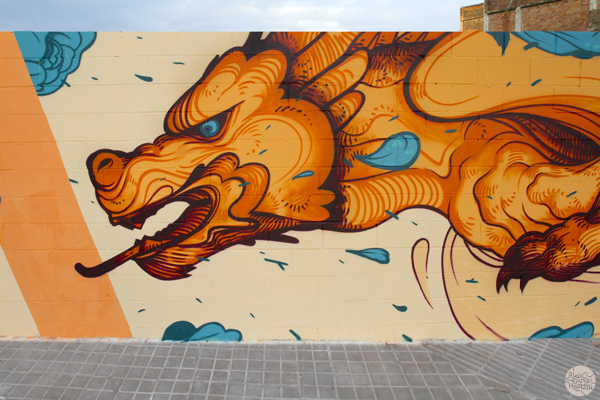 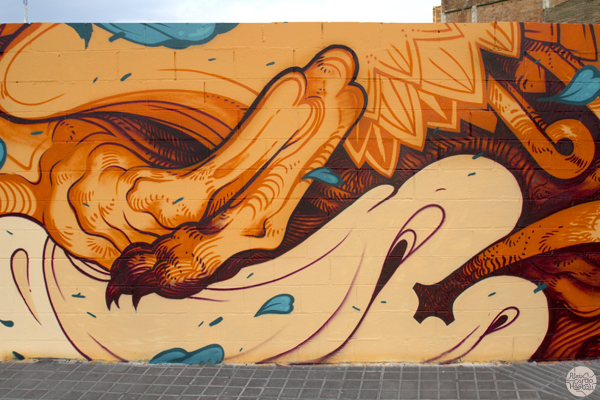 Sketch before the mural intervention: 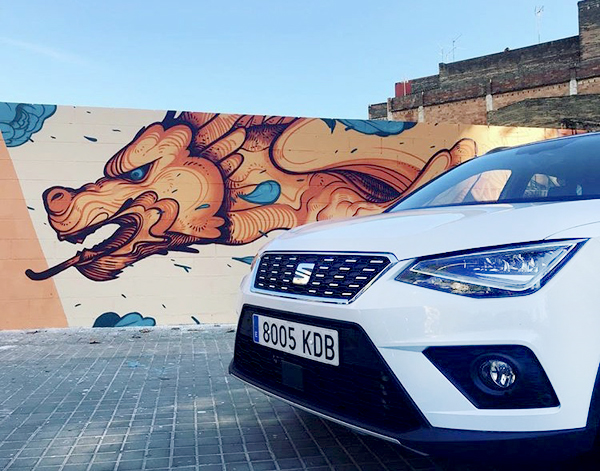 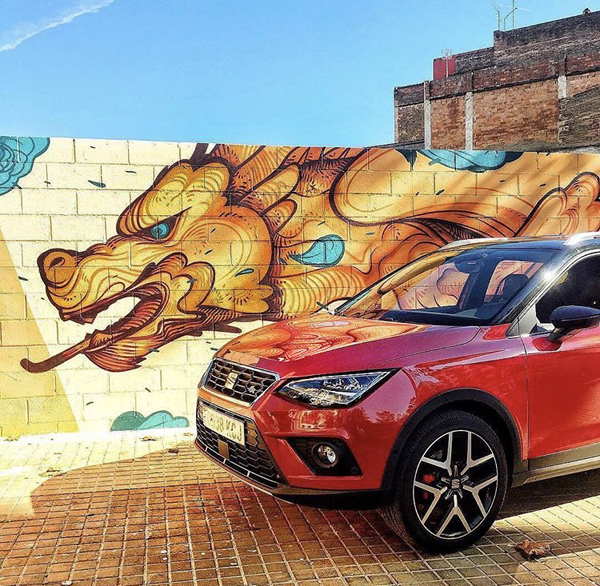