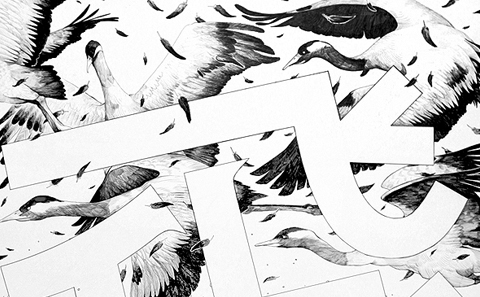 “Tobu” (“To fly”), an illustration for the exhibition “Japan: 70 years of progress and peace”, that pays tribute to the country of the Rising Sun from the brushes of some of the best Spanish artists. Exhibited at Expomanga 2015 with the sponsorship of the Japanese Embassy in Spain.

After World War II, there were three objects that played a major role in the economic recovery of postwar Japan: the refrigerator, the washing machine and the television. Cranes in Japanese culture are a symbol of prosperity. “To fly” in this context means to make a jump like the prosperity that came after World War II.