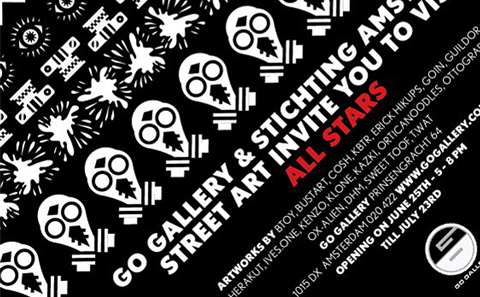 We painted in various locations throughout the city, including a giant mural of 8x40m in the core downtown, a billboard at Sloterdijk station and on the mythical letters of “I am Amsterdam” in the square in front of the Rijk Museum.

I took rid of the opportunity to paint more murals with various artists and hang several paste ups through the streets of Amsterdam.