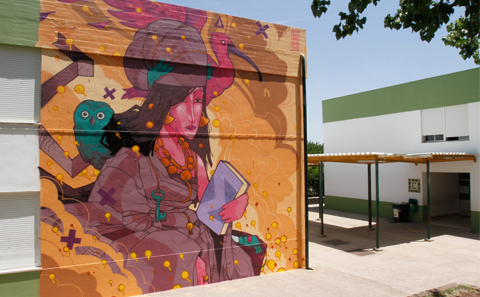 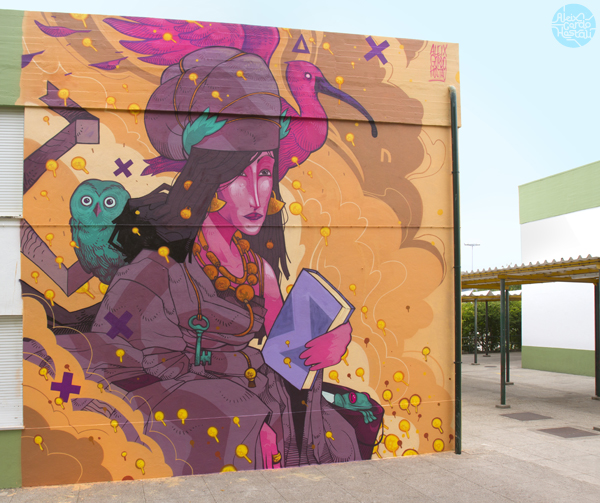 Mural made at the Sttau Monteiro elementary school in Loures (Lisbon, Portugal) within the framework of the Loures Arte Publica street art festival, perhaps one of the street art festivals with more artists and more mural interventions in Europe (more than 300 murals in two years and more than 200 artists).

My intervention is titled “Sophia – Goddess of Wisdom”. A suitable image, in my opinion, to the surroundings in which the mural is located. We can appreciate a certain syncretism in the concept since I have chosen diverse motifs from different cultures that refer directly or indirectly to Wisdom. We have an ibis, the animal that represents Thoth, the Egyptian god of wisdom; An owl, the animal that represents Athena (and Athens) and therefore to Wisdom and Philosophy in classical Greece; The letter “ח” (“cheit”, “ch”) in Hebrew which is the initial of the sephirot “chokmah” (חכמה, wisdom) in the Jewish kabbalah; The letter “Σ” (“sigma” in capital letters, “s”) in the cover of the book that the character is holding, referring to the initial of his own name or a frog in a cube referring to the Chinese and Japanese phrase: “The frog at the bottom of the well does not know how big the ocean is.” (“井 の 中 の 大海 を 知 ら ず ず” in Japanese or “井蛙 不可以 語 海 者 者, 於 虚 也 也” in Old Chinese). In addition, the attire worn by the goddess is based on clothing and jewelry from various african cultures, since a large part of the children attending this school, and most of the inhabitants of the region, are of African origin.

Approximate measures of the mural are 8x7m (two and a half floors) and almost entirely made of spray. 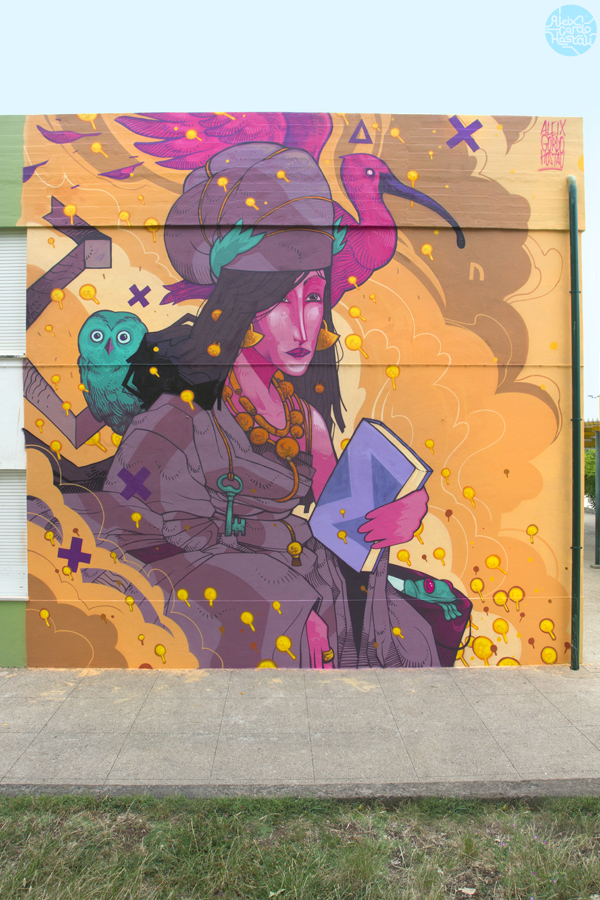 Detail of theinside of the school, which houses about 800 students. 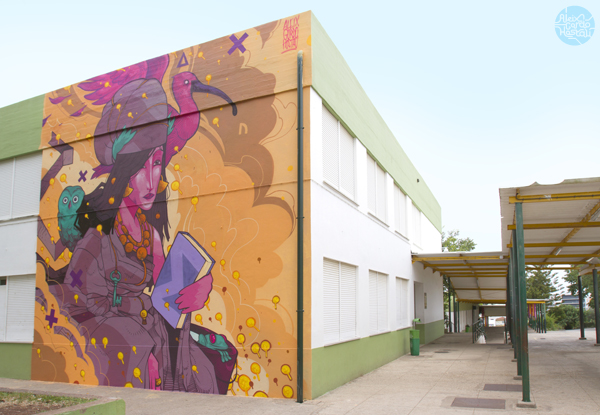 Close ups of the mural. 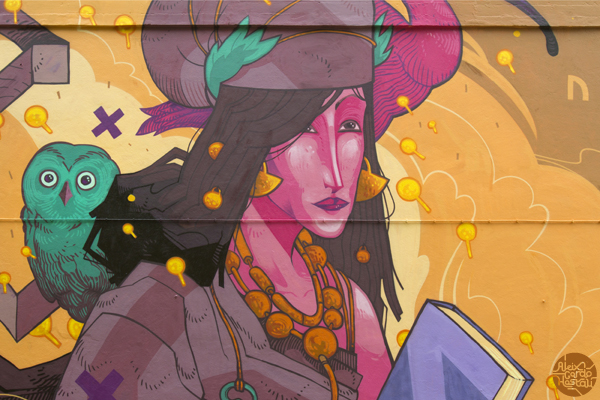 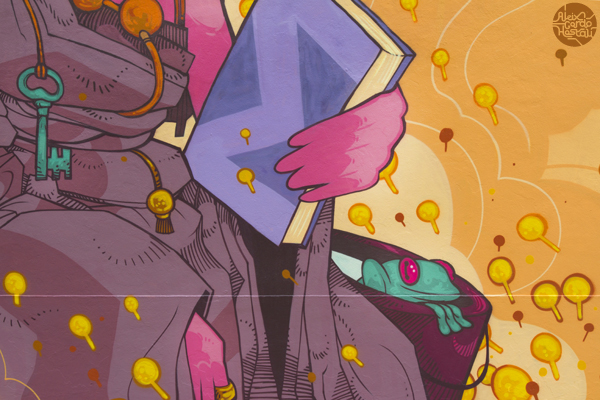 Previous color study of the mural before its realization. 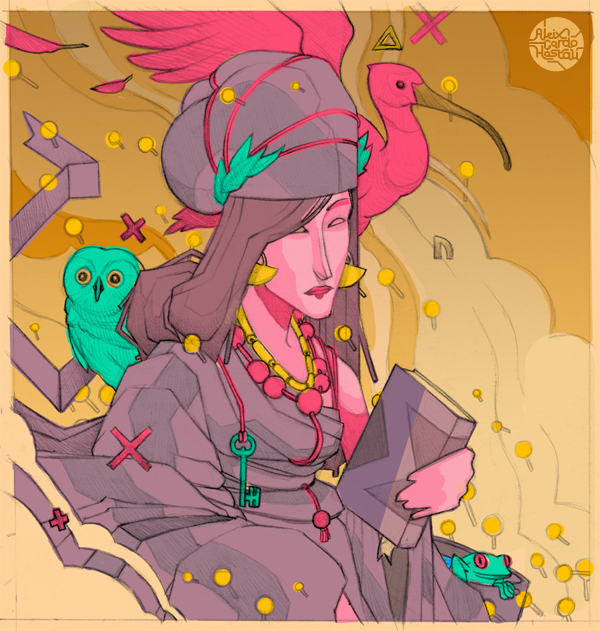 Sketch in pencil of the mural just before the study of color. 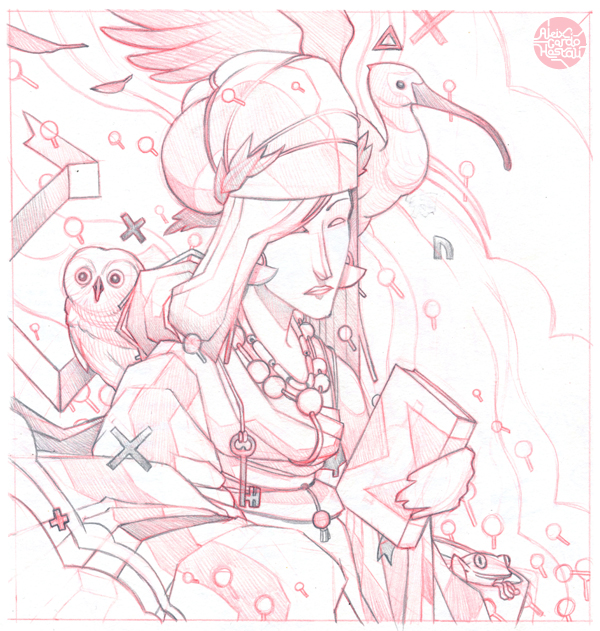 Many thanks to Loures Arte Publica that made this project possible and to Rui, Cristina, Ana, Nunu, Sandra, Dina, 2CarryOn, Bénedicte and the whole organization of the festival.