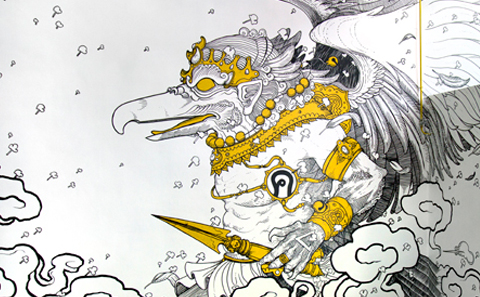 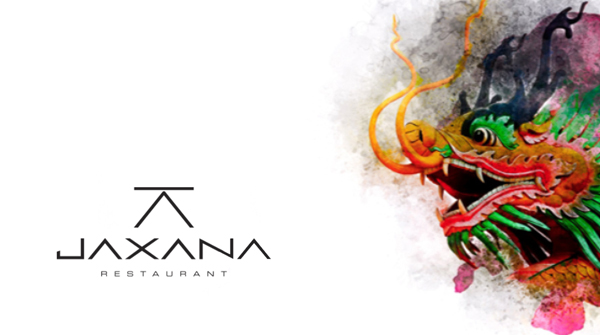 Jaxana, the prestigious Asian restaurant of Santa Cruz de Tenerife, run by Nacho Hernández, commissioned me a mural that presided the entrance. 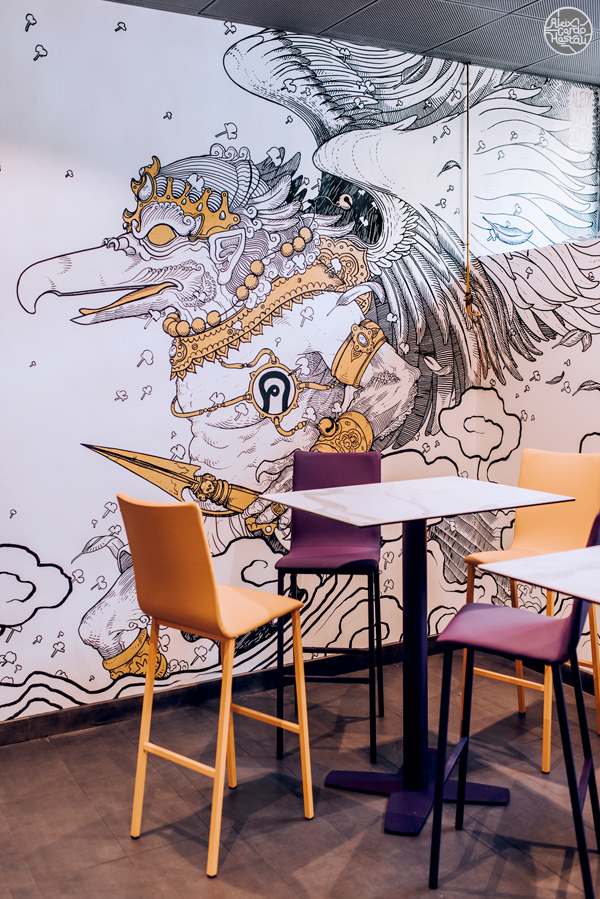 The piece is based on the mythological bird Garuda, which appears in both Hinduism, Busdism and Jainism. Because of that is an existing figure throughout Asia. Garuda, a  minor god, is generally a protector with power to swiftly go anywhere, ever watchful and an enemy of the serpent. 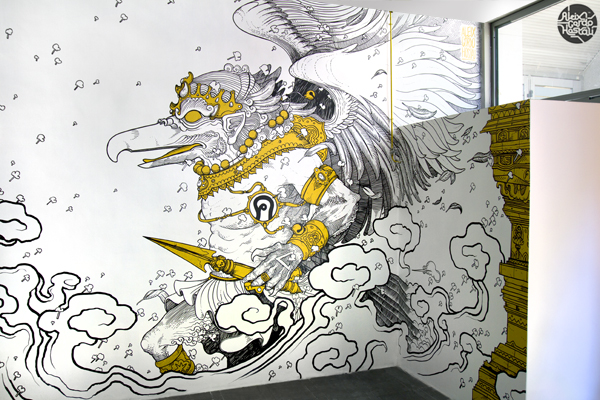 Detail of the piece made with acrylic paint markers and interior paint. Its approximate dimensions are 3.5 x 5.5m. 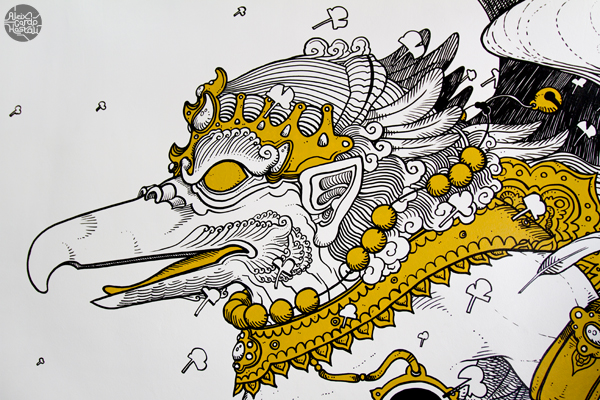 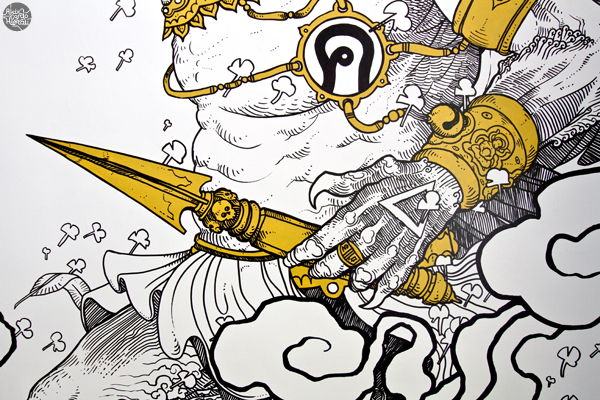 Previous sketch that was finally discarded  by the client where Garuda was instead Hánuman, the Monkey King, and a tiger at his side. 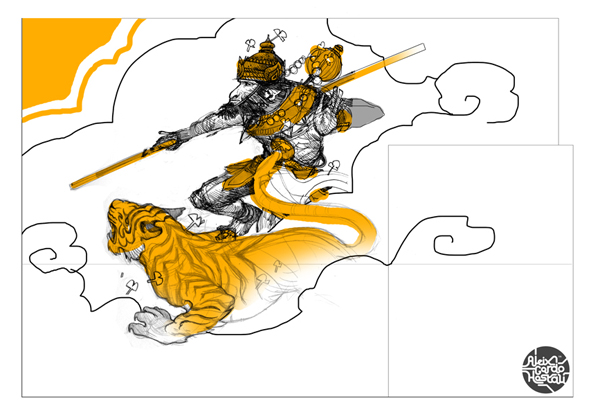 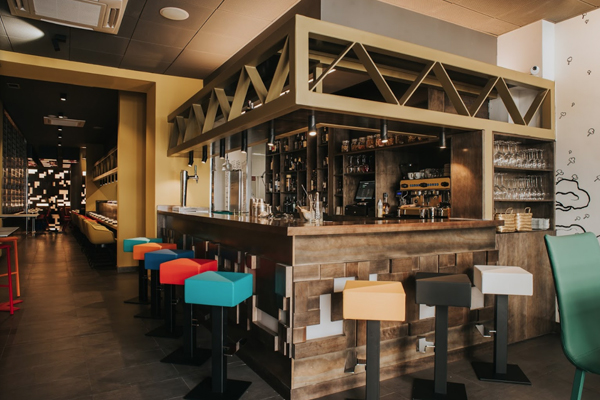 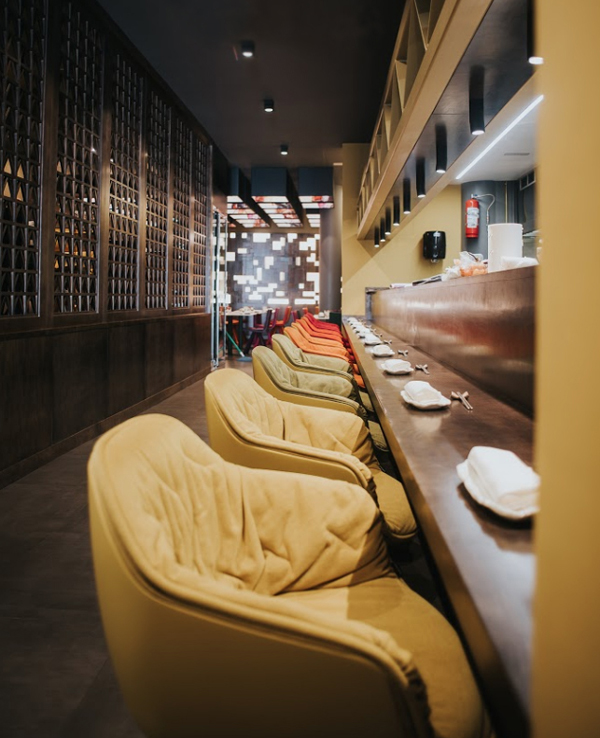 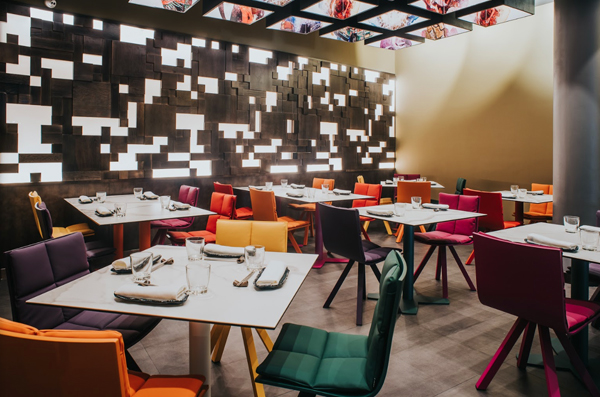 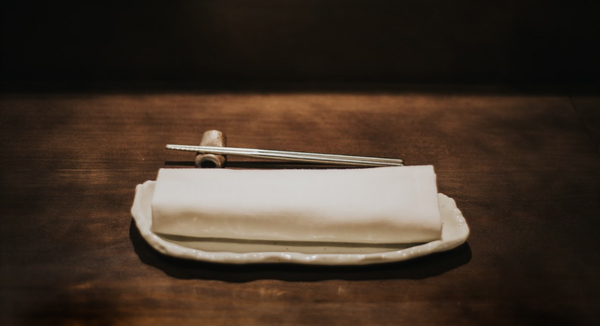