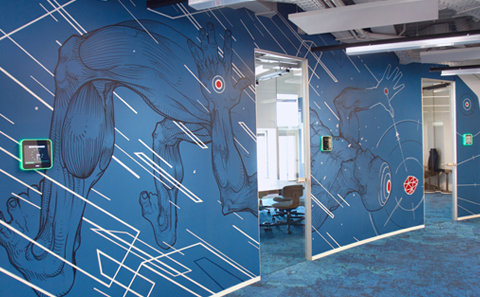 Dynatrace and Planet Architects I have been commissioned to carry out a mural intervention in the prestigious Torre Glòries in Barcelona. It consisted of three murals with a total of 150m2, that ended being a completely immersive trip for the viewer. This imposing new office that opens the doors on the fifteenth floor of the building. 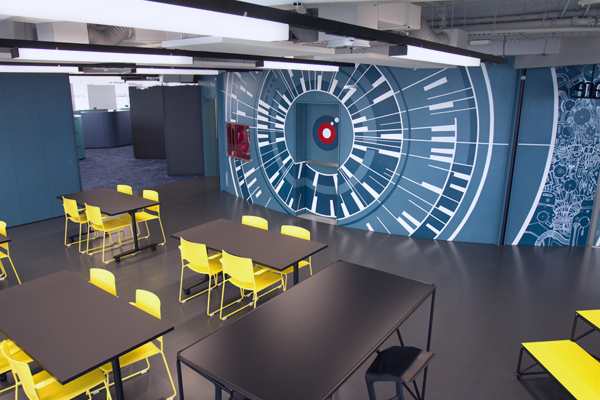 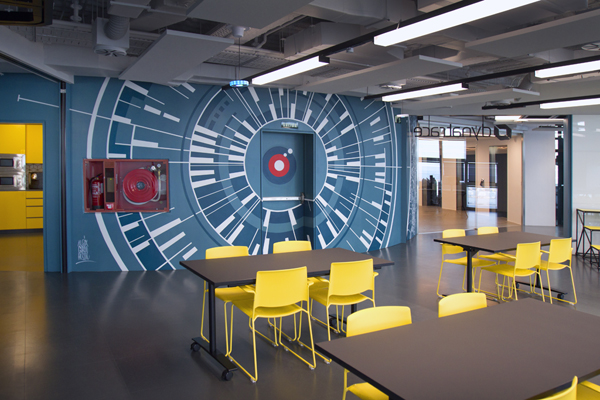 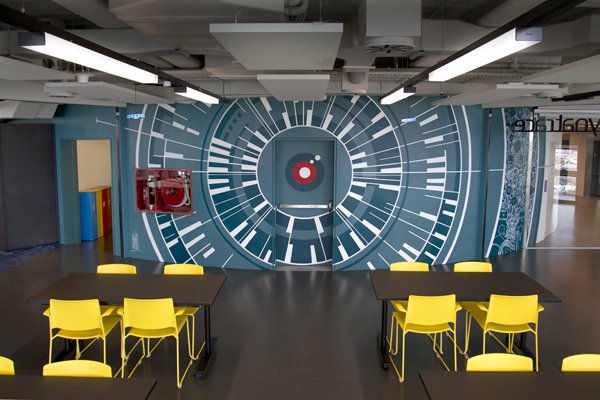 The intervention is titled “The Digital Man”. It is inspired by the transition and relevance of our world to an increasingly digitized world, where the human and the technological coexist as we are progressively immersed in this new reality. The influences of these murals are based on classic science fiction references such as “2001: A Space Odyssey” or “Watchmen”, reinterpreted in contemporary urban terms. 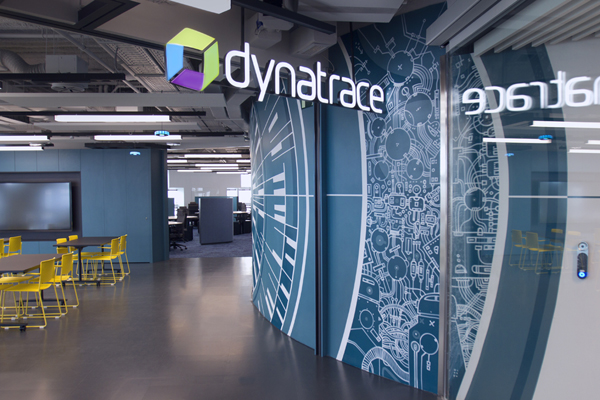 There are several parts of the murals that have their own narrative and others that are interconnected with each other along the 50m linear of murals intervened throughout the office. This interconnection emphasizes that the viewer’s journey when walking through the office is harmonious and does not lose its sense of environment and immersivity. 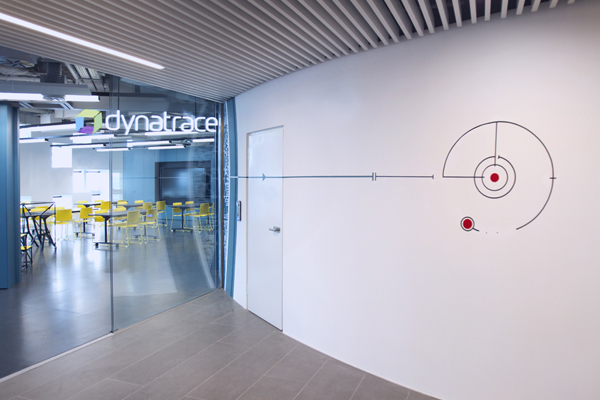 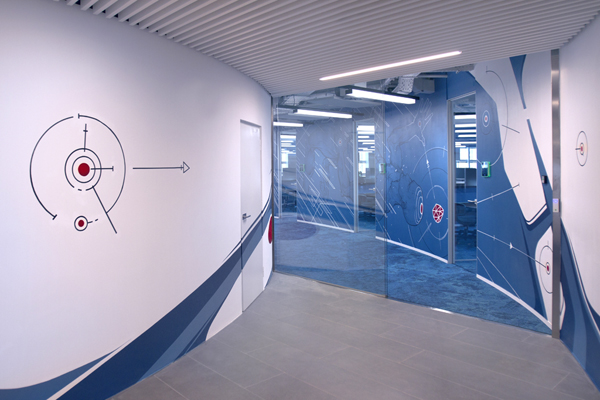 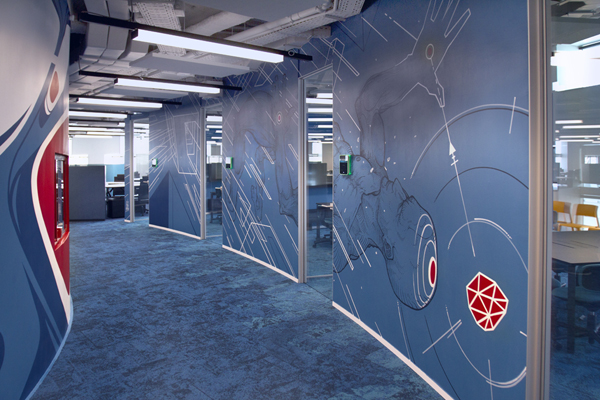 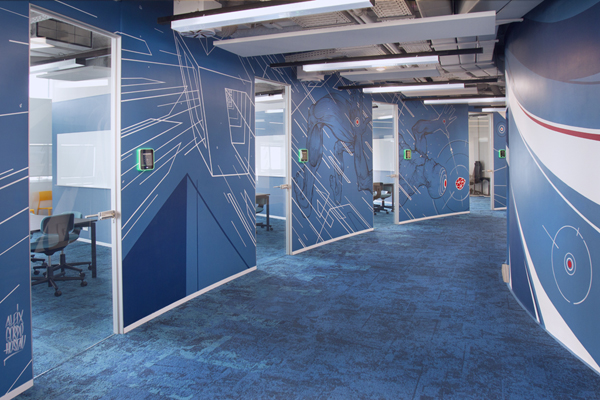 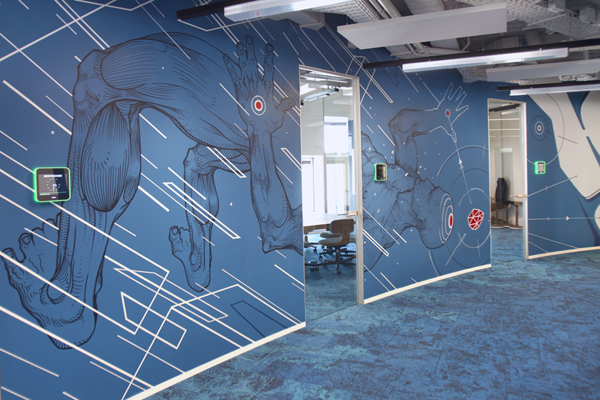 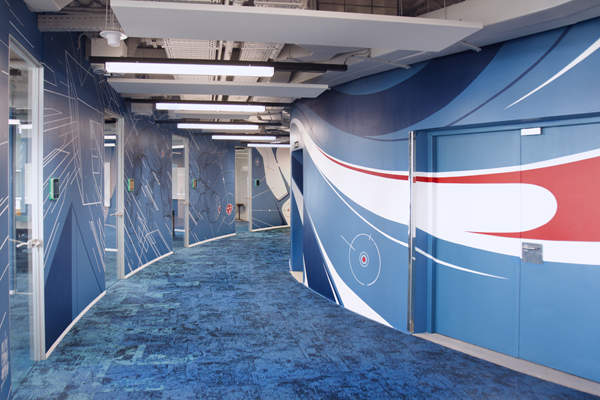 We have several parts connected through circular geometric shapes, straight lines and related colors that change throughout the murals, merging with the interior design as if it were a landscape, highlighting the unique curved shapes of the building that make this space something unique in the city. 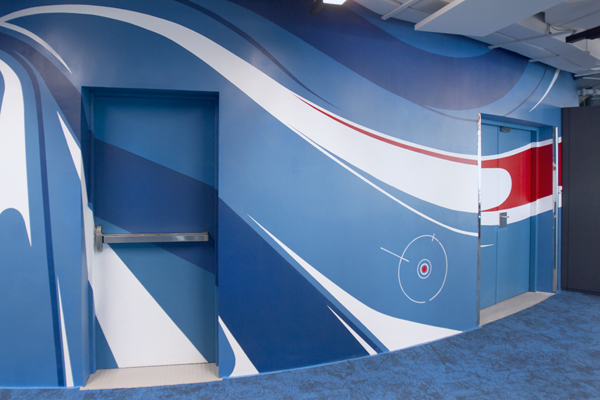 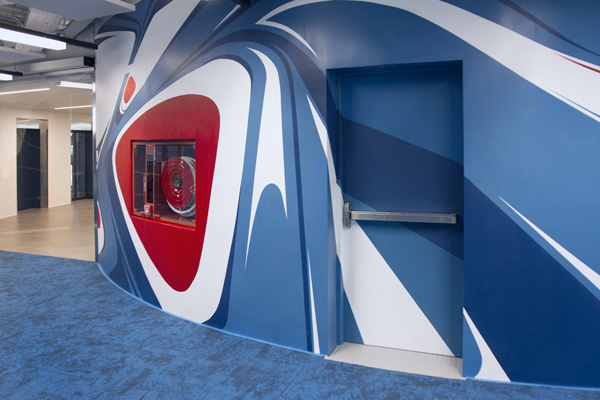 And here are some close ups of some parts of the murals: 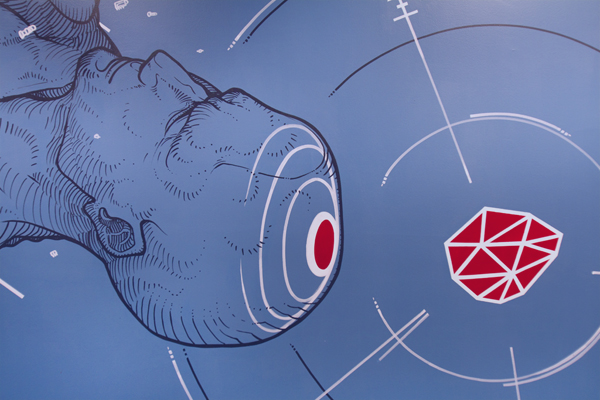 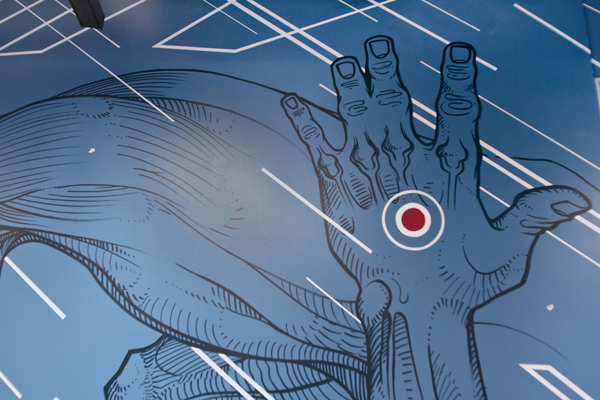 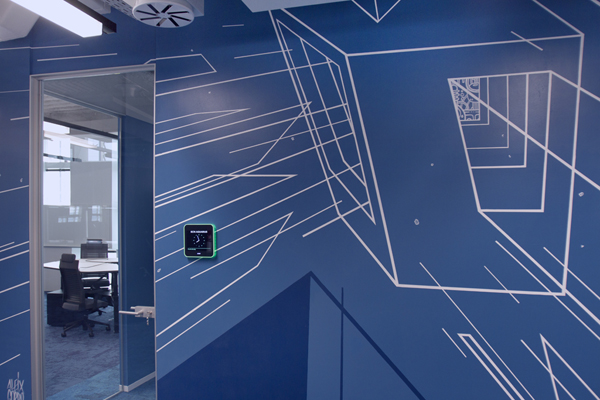 Also some pictures of making of how we made the murals during the three weeks of its execution: 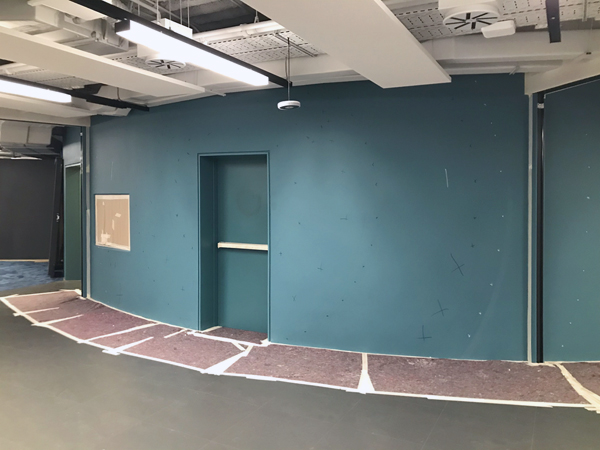 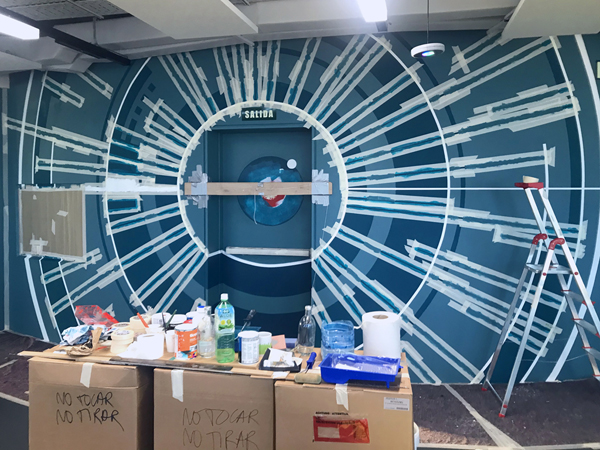 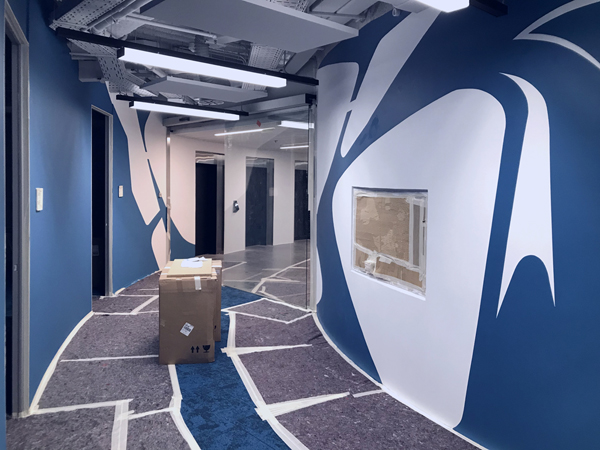 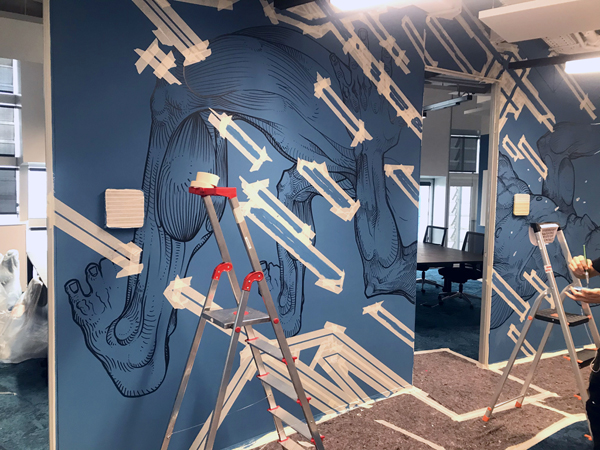 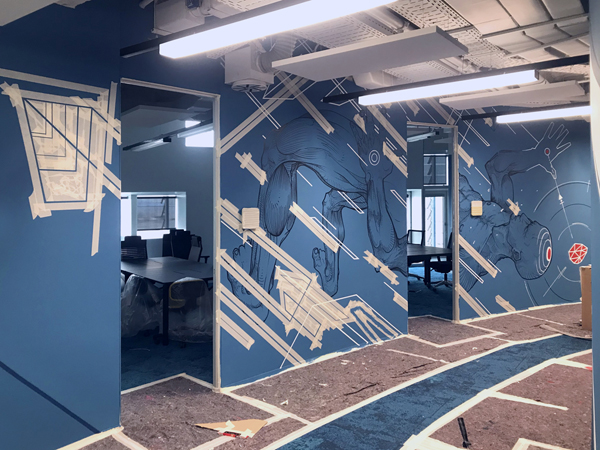 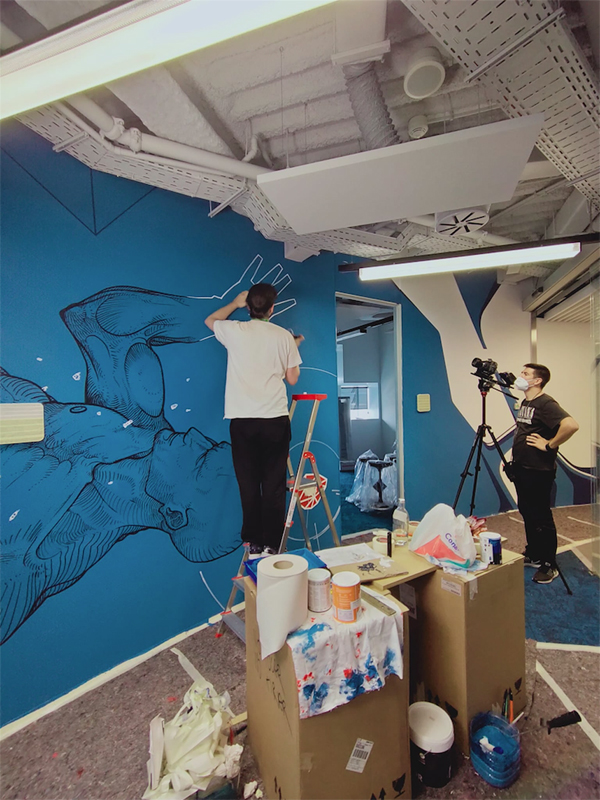 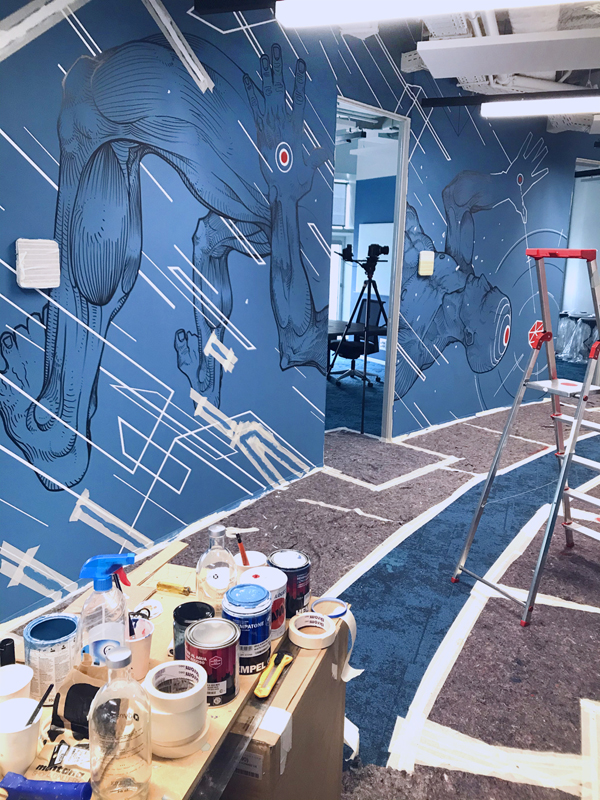 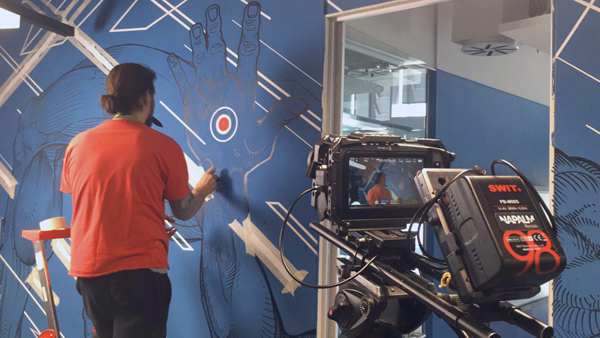 Thanks to Peter, Anca, Veronica, Gerhard, Corinna, Waltraut, Nacho, Max, Ferrán, Fede, Roger and to all those who made this project possible.