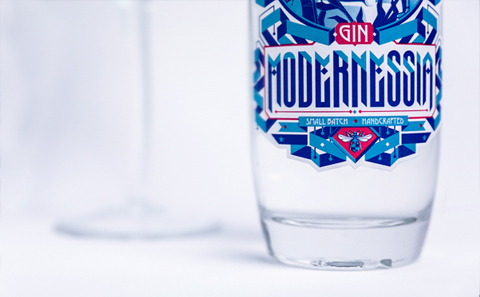 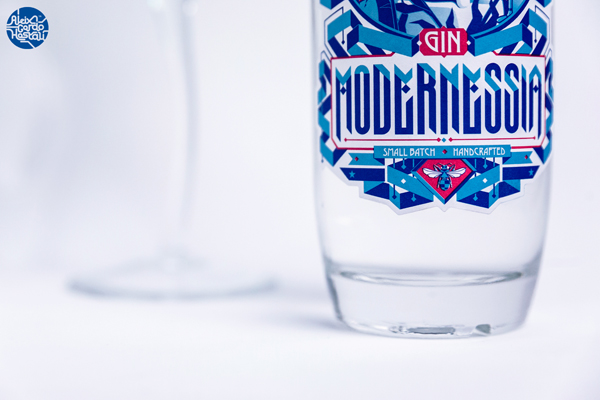 Modernessia is a gin distilled in Tarragona (Spain) by Teichenné with the collaboration of the spanish bartender Alberto Pizarro, one of the best gin experts in Spain.

The recipe homages the liquorist past of the area where it is distilled. During the 20th century, Barcelona and the surrounding area became a big production center of liquors due to its proximity to vinyards and its strategic location in the Mediterranean Sea. We can taste its main botanicals in some of the old monk’s liquors (as the ones produced by the Cister’s order) like camomile, bitter orange, lemon verbena or distilled honey. The recipe is completed with botanicals usually presented in classical gins, such as juniper berries, angelica root and cardamom.

The label is designed by Aleix Gordo, who has interpreted the old artistic scene of the beginning of the century and the melancholic gaze of the women affected by “le mal du siècle” or the melancholy in front of the incertitude for a changing future at high speed because of the social, economic, industrial and artistic changes at the end of 19th century and early 20th century. 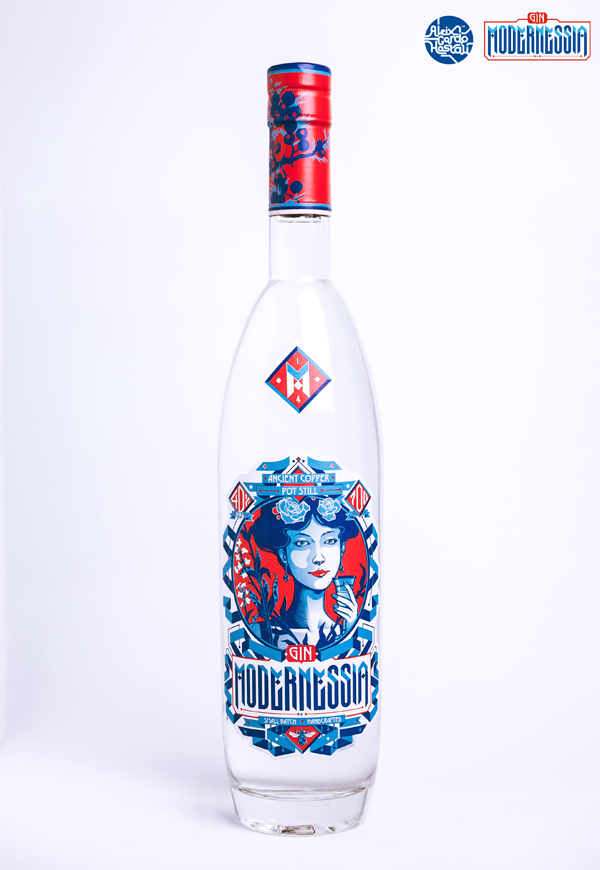 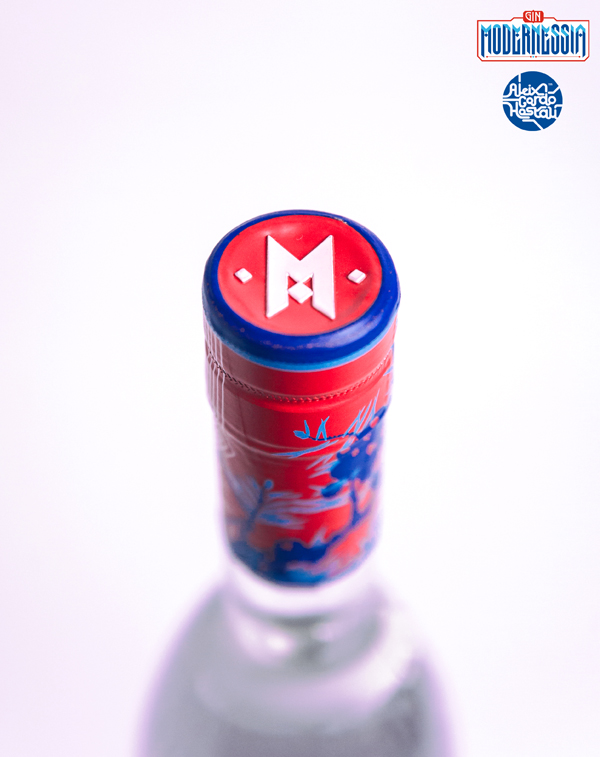 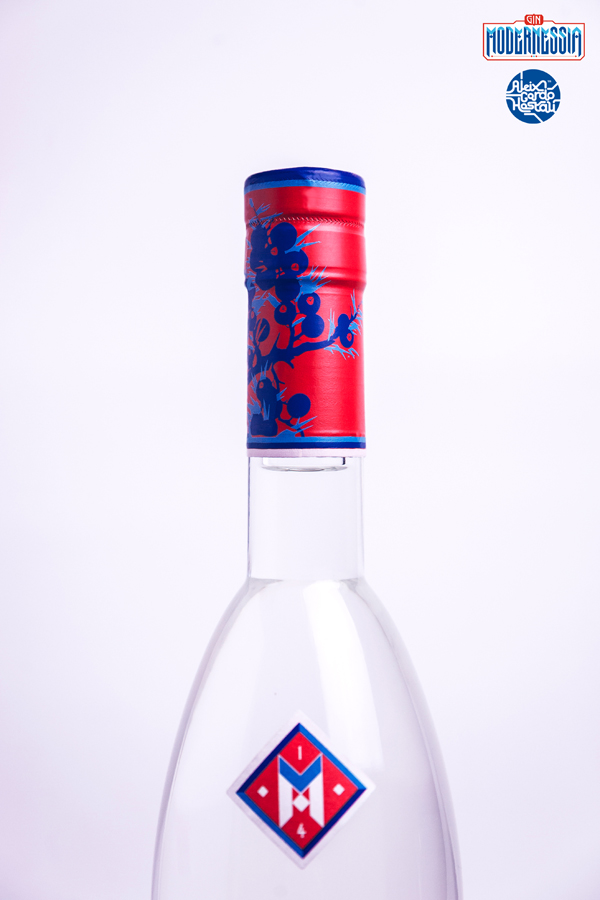 These are the two bottle labels, front and back. 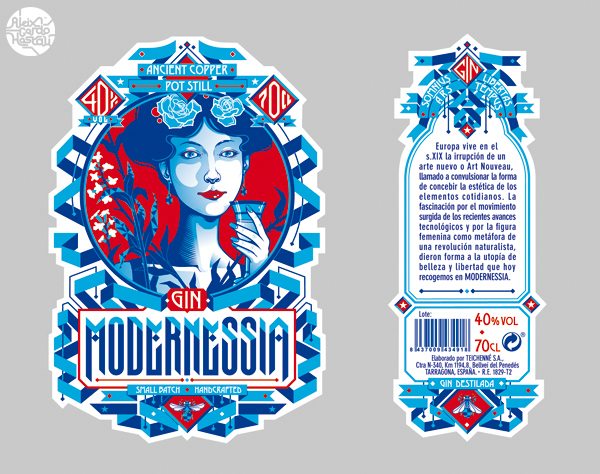 This is the complete design of the capsule that covers the glass cap of the bottle, ready to go on screenprinting. Inspired in the XIX century traditional japanese engravings (ukiyo-e). 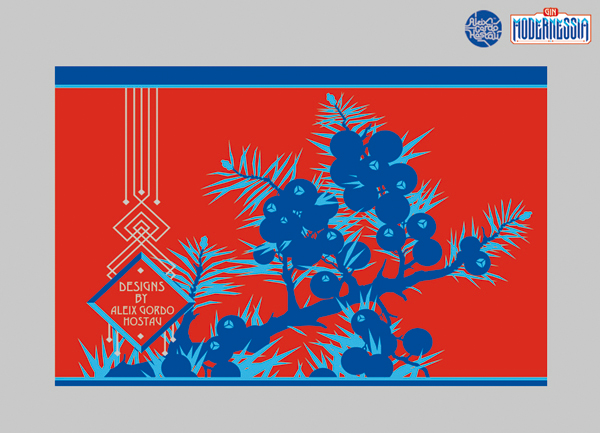 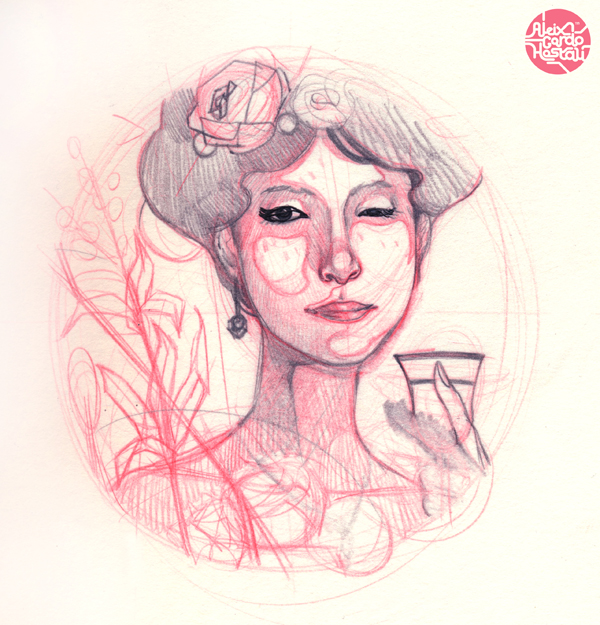 Discarded designs. Cister monks on both sides of the frontal label. 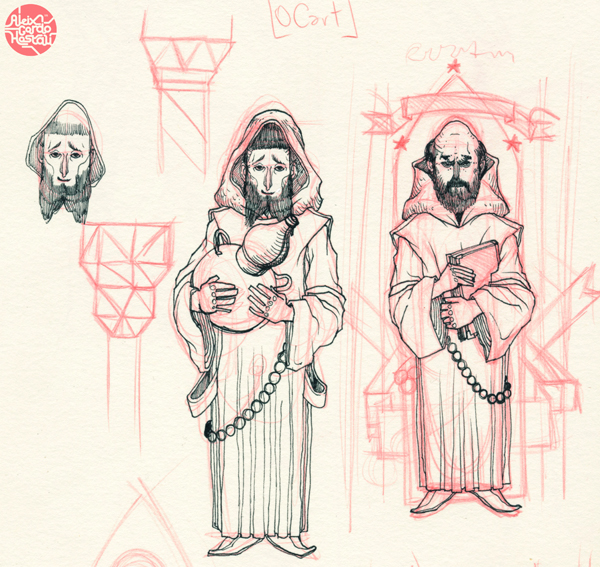 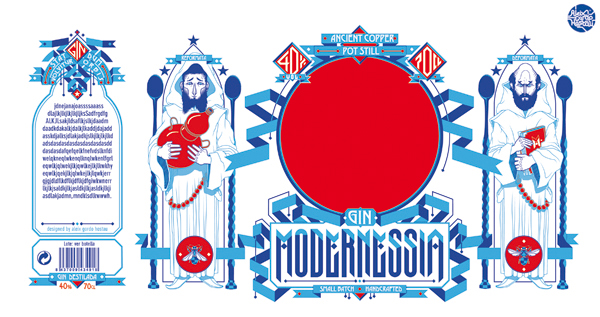 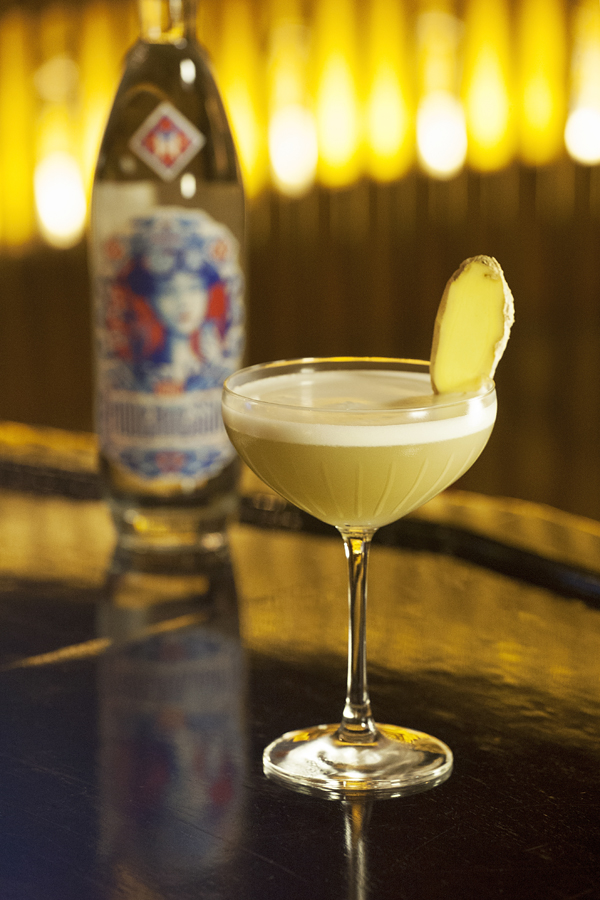