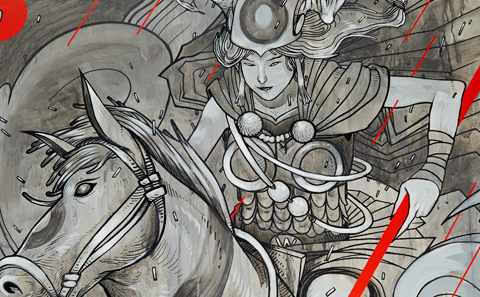 Porsche prestigious brand convened eight artists to customize a hood of the classic Porsche 911. The eight hoods ended up being part of an exhibition at the Porsche headquarters in Barcelona, where the integrity of the collected selling of the works was destined for Hospital Sant Joan de Déu to financially contribute to the construction of the new SJD Pediatric Cancer Center in Barcelona.

I had the honor of being one of the chosen ones to participate in the project along with other artists such as Carmen Aliaga, Irene Baón, Alfredo Palmero, Kamil Escruela, Pol Peiró, Ivan Forcadell and Simón Vázquez. This was my collaboration. 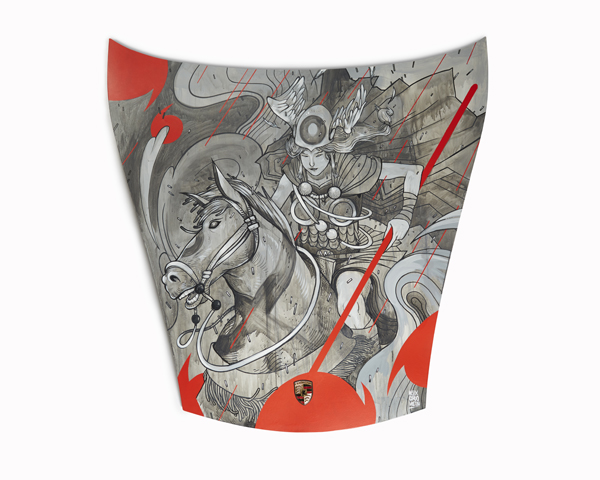 The piece is called “Walkyrie”, in honor of the mythical valkiryes of Nordic mythology, which Wagner catapulted the center of German culture in the nineteenth century. I thought of representing something related to the brand and at the same time to the German tradition that it represents. The figure of the valkiryes warriors, on the back of a horse (animal that is part of the Porsche logo as well) fitted with almost everything I wanted to represent. I used acrylic paint and acrylic paint markers on a layer of chlorinated rubber primer for its realization. This was the result. 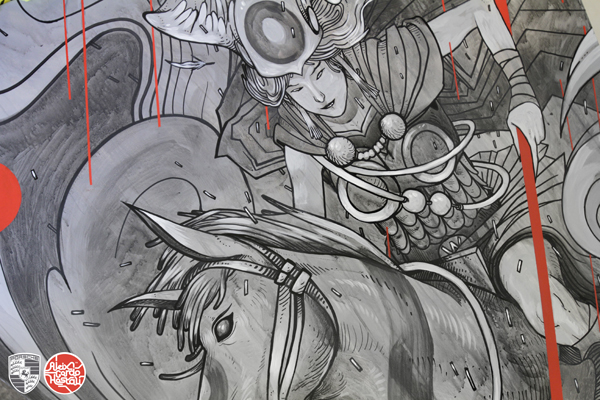 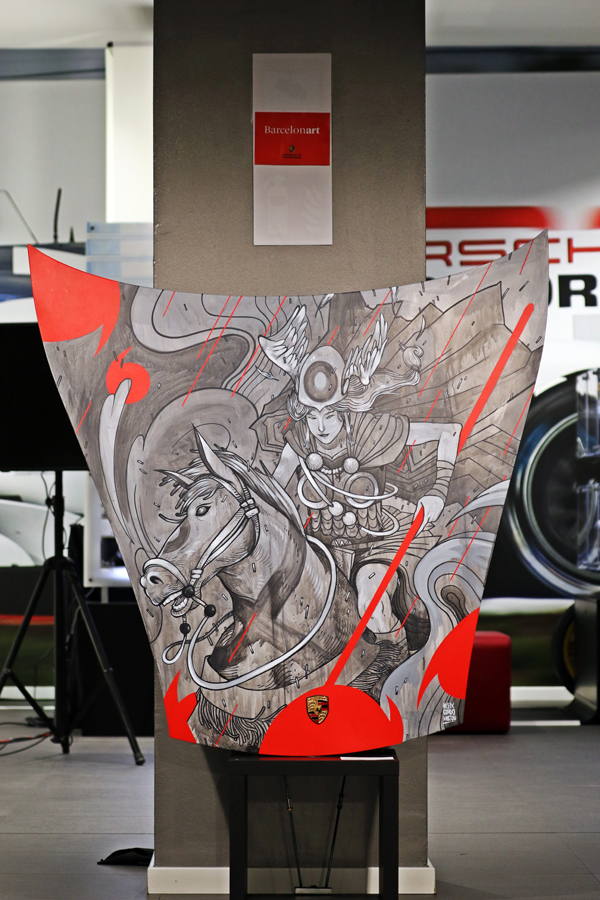 Exhibition at Porsche headquarters in Barcelona.

A catalog of the entire project was published with photographs of all the works. 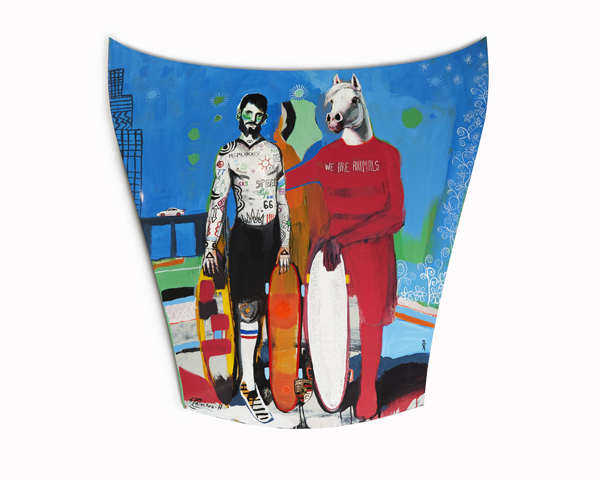 Alfredo Palmero hood, another artist at the exhibiton. 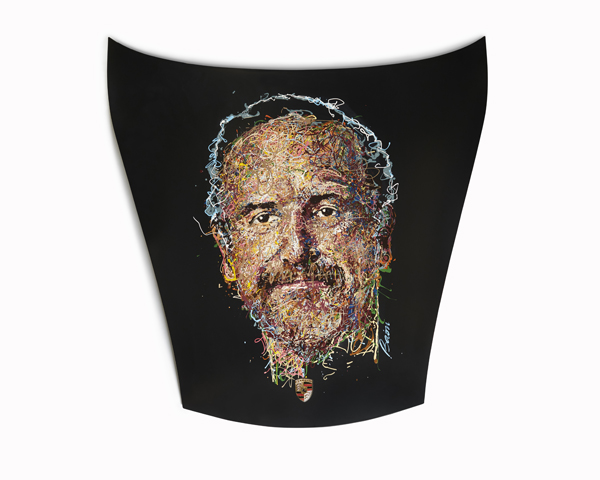 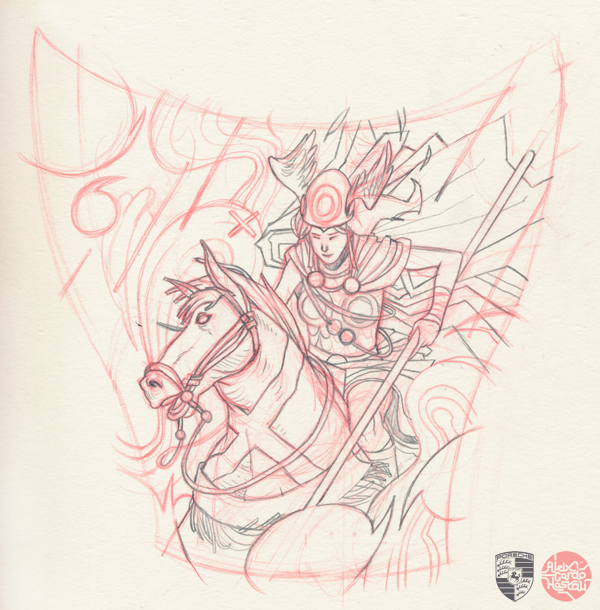 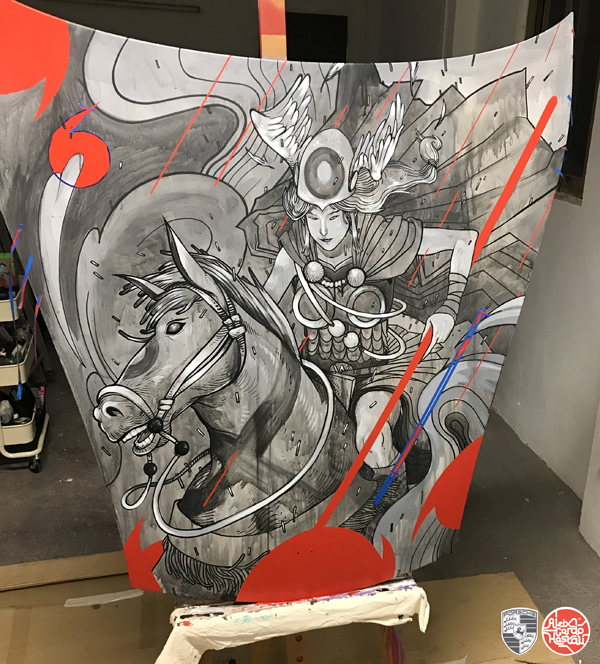 Taping with precision airbrush tape for the geometric part. 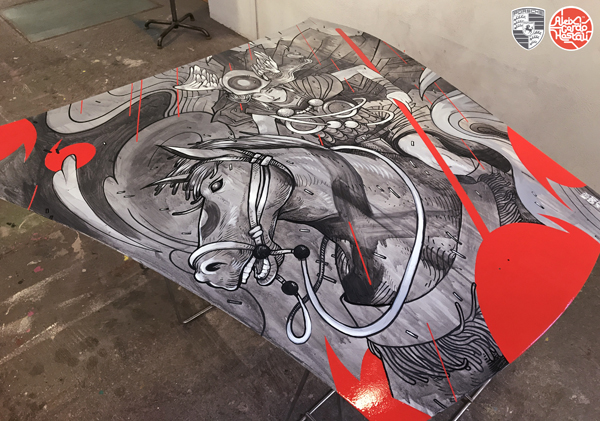 Here are some links with project reviews in the media:

Acknowledgments: Porsche, Hospital Sant Joan de Déu, PrensaSport, Cristina Baulenas to the rest of the attendees and to all those who have made this project possible.