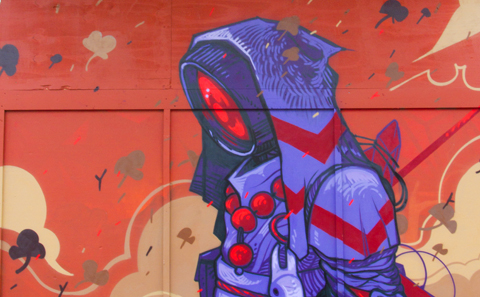 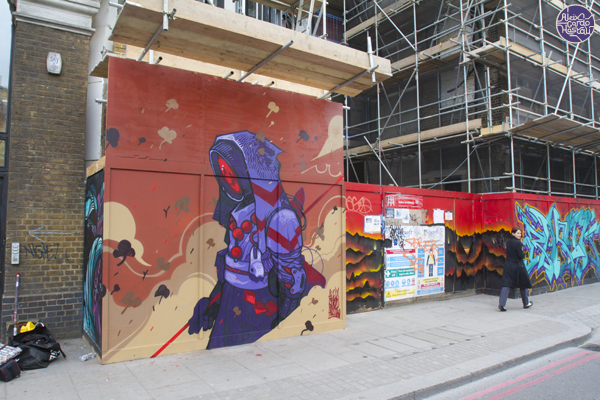 Mural realized in the district of Shoreditch of London, cradle of the urban art in the city. It was a very quick intervention, from a sketch I made a few days before. A kind of warrior, with a certain Japanese aesthetic, with a large lens of a camera, very suitable for the city with more cameras of the world and a growing militarization of its streets. 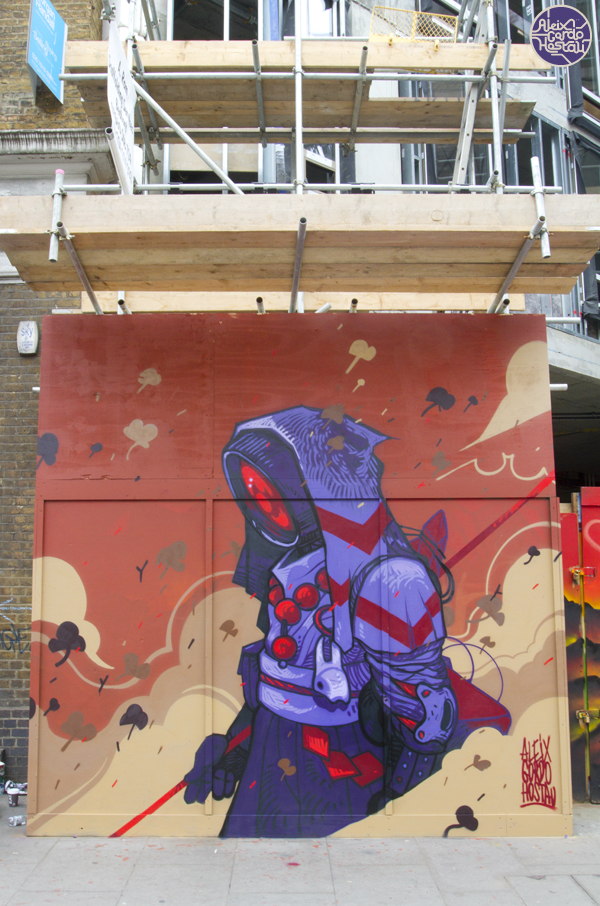 «Everything was arranged, everything was perfect, the fight was over. He had finally defeated himself. He loved the Big Brother». George Orwell, 1984. 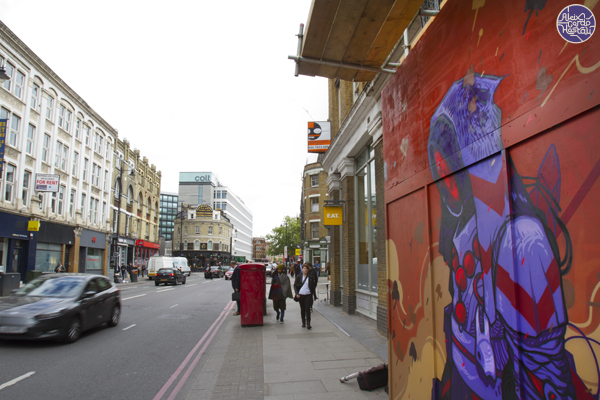 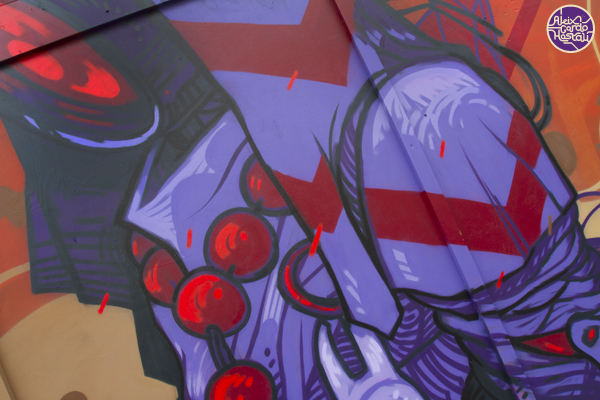 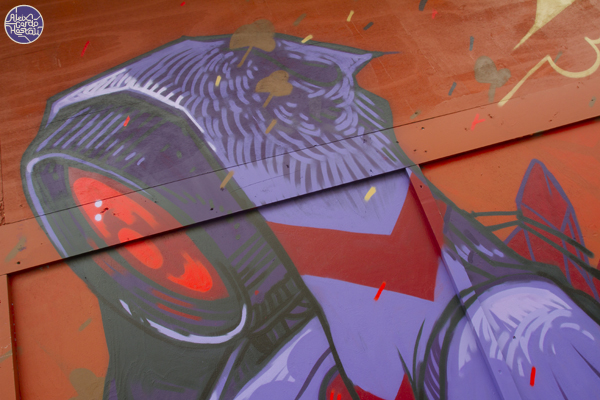 Some pictures of the making from Anand: 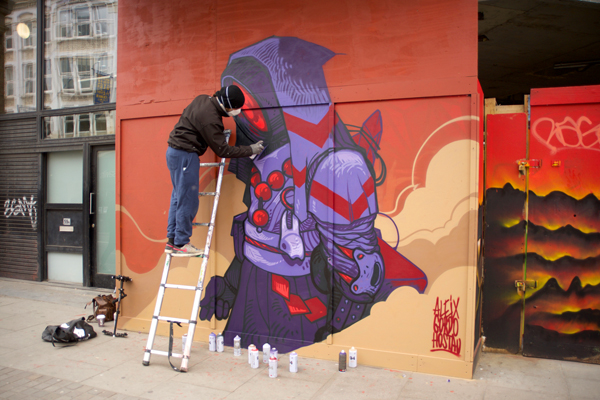 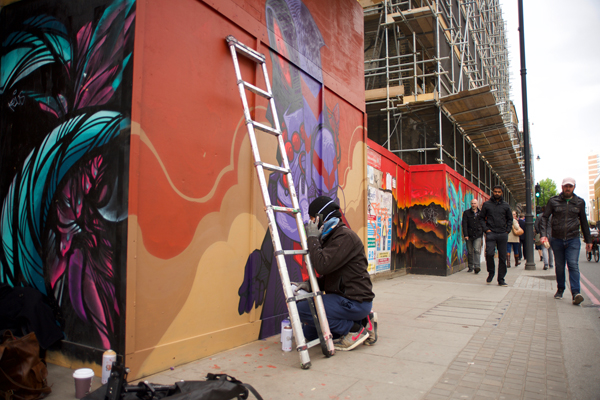 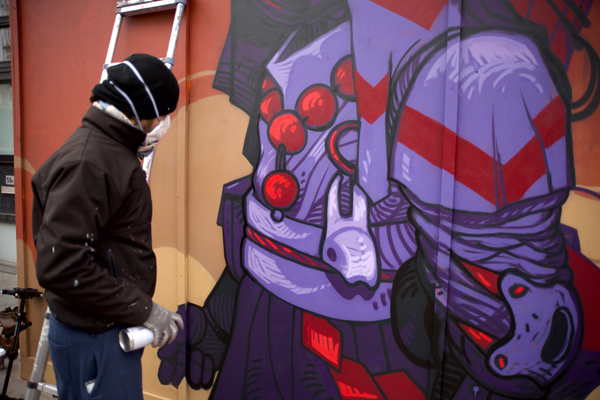 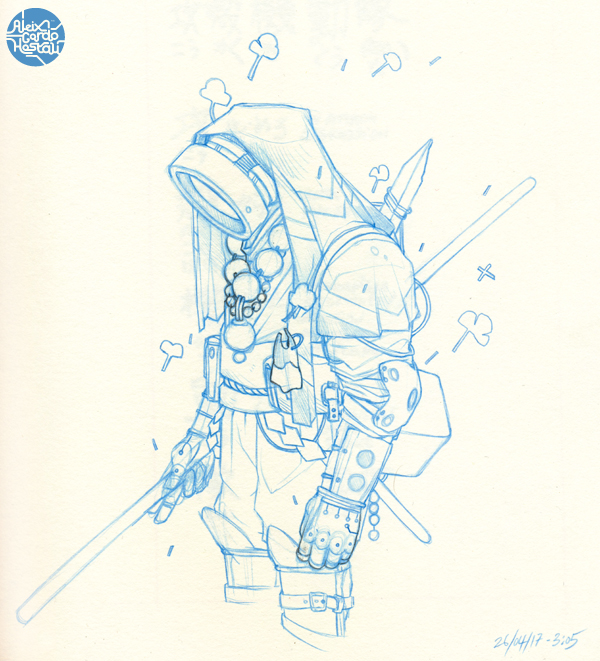 Thanks to Lee Bofkin and Globalstreetart that made the intervention possible. Thanks to Anand Singh for the pictures and the making of video and his support on site that made possible the quick execution of the mural.