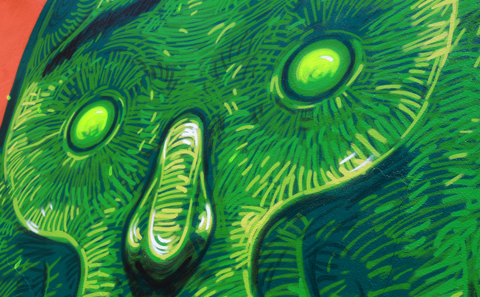 In 2013 O Bairro i o Mundo, a festival of pubilc intervention, created an unprecedented project in Europe. Quinta de Fonte, one of the most difficult areas of Portugal where not even the police could enter a few years ago, had a social project to make the area more habitable. The culmination of this social project was a street art festival where local artists, international artists and the community collaborated together in order to recover public spaces in the neighborhood. This was my contribution.

The old man and the sea.

Some making of pictures.

Kids from the neighborhood.

Neighborhood kitchen where we ate along with other neighborhood children and teenagers.

Soccer match between nearby rival neighborhoods of Quinta da Fonte and Quinta do Mocho.

Arlindo and his elevator.